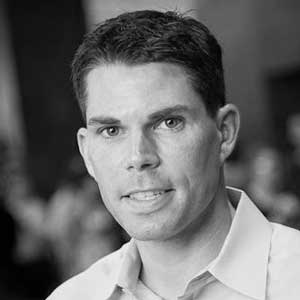 MIMA’s past President, Ryan Arnholt, announced this week that he was tapped by Atmosphere IoT (Internet of Things) as their new Marketing Director. In this role he will plan and lead the marketing initiatives of the start-up as it moves from its early stage to growth phase

With the amazing proliferation of our smart gadgets and advanced technology systems, Atmosphere’s platform assists in connecting these devices and machines to the cloud in new and innovative ways. Ryan’s previous education in computer science, his love of all things digital marketing and his role as MIMA’s President all come into play in his new role.

MIMA last spoke with Ryan as he concluded his presidency, read more of that interview in our blog here.

Taylor Callais, MIMA Marketing Committee, had the opportunity to catch up with Ryan and ask about his new adventure.

This interview has been edited for clarity and brevity purposes.

Taylor: Ryan, we know you are still an active MIMA member and attend events regularly. Your MIMA Presidency may have concluded but it seems that MIMA still plays a valuable role in where you are today. Tells us about that.

Ryan:  MIMA has been there every step of the way. Aimee Reker (MIMA Treasurer) and Tim Brunelle (MIMA Past President) helped me out quite a bit to sort out what I wanted to do in my life. Mary Lou Wichlacz (Executive Producer for MIMA Summit) first connected me with Jeff Liebl, Atmosphere’s CEO. Brendon Schrader (Founder and CEO of Antenna) gave me some great advice and inspiration along the way. None of this would have happened without MIMA. It isn’t just networking or events, the friendships I made through the organization directly led to new career developments and lasted through a lot of changes.

Taylor: How has your career so far, including your volunteer work for MIMA, lead you to your present role at Atmosphere?

Ryan: In terms of the nuts and bolts, I had worked at big companies which had big budgets and enterprise technologies. Those skillsets don’t always translate to a 10-person startup. What we’re doing with Atmosphere now is more akin to how MIMA operates. We are finding inexpensive or free SAAS solutions, grabbing contractors from Fiverr, for example. We are a marketer and a software developer trying to figure out how to get the data from point A to point B without the benefit of a team of database administrators.

We’re choosing a Content Management System (CMS) now, and my experience working with Drupal, WordPress and Woo Commerce with MIMA is a hell of a lot more relevant than working with SiteCore and Adobe Experience Manager at Optum where the budgets were bigger and the process more cumbersome.

Taylor: That’s an excellent point given MIMA operates in a similar fashion to a startup.

Ryan: When you volunteer with MIMA you connect with a network of people that can help you accelerate your career. More than that though, you have an opportunity to round out your skills in areas you may not be exposed to in your day job. That is 100% true.  No fluff. It happened.

MIMA congratulates Ryan on his new gig. We look forward to seeing where his career and his life takes him next in the pursuit of new and better digital marketing technologies. We love how he inspires the next group of MIMA volunteers to pursue their passions, expand their career potential and build life-changing friendships.

Integrated marketing strategist, writer, storyteller and adventurer. I am a builder with skills in relationship building and telling compelling stories that drive connections.