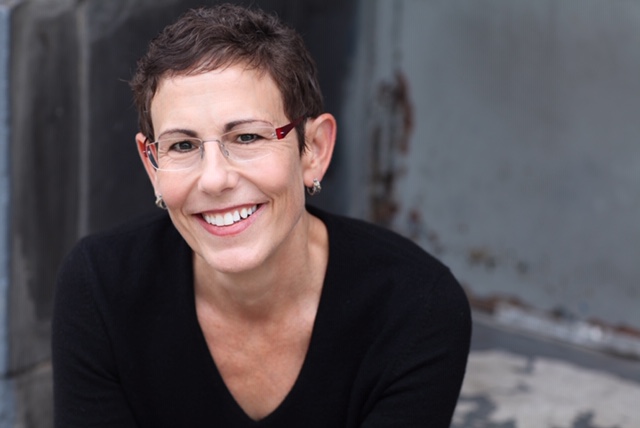 In celebration of MIMA’s 20th Anniversary, we spoke with one of MIMA’s founding board members and Presidents, Beth Temple, about the early days of the organization.

Beth recalls that just as The Web was taking shape, marketers like herself and Tom Borgerding were seeking connections with others who were focused on digital’s potential. As the networking lists grew, so did the size of MIMA’s first meetings and they soon moved from the Perkins to larger spaces.

MIMA: You are originally from Long Beach, CA, how did you end up in Minneapolis?

BETH: I left California for Denver because it was getting too expensive. I didn’t really love not being around water, though. I got a job with Software Etc in Minnesota. They sold boxed software out of the mall – it was my first job in the tech world. I immediately told the President of the company that they needed to be on the Internet. It took me two months to get a dial-up modem in my office so we could use The Web – even the phone company didn’t know what they were doing. I just knew I really wanted to be at the beginning of something.

MIMA: How did that position and your early investigation of the potential of the Internet lead to starting MIMA?

BETH: There were a few people I had met that I knew directly attempting anything with the Web and they were at the ad agency that we were working with at the time. They also didn’t really have an idea of what they were doing. Everything was “all kinds of questions, not enough answers.”

Eventually, I landed at AOL in Minneapolis, and they had a group called Digital Cities which had members located in various big cities like Denver and Minneapolis which had a big tech sector already. Finally, I decided to branch out on my own as a consultant.

I worked on Target.com and Norwest (now Wells Fargo). One of the women who ended up on the first MIMA board, Robin Carpenter, had helped me get going as a consultant. I worked with her at UHG (United Health Group).

So here we were, all these people doing and thinking through the early process, trying everything out without really knowing what we were doing. Even though there was an organization for the web – NetSuds — it was more techie and coding related. I wanted to build something that would be marketing and product-related. It felt the human layer wasn’t really out there yet.

MIMA: Diversity in marketing is a much-discussed topic – gender, race and other types of diversity- and the challenges that prevent us from moving faster in this area. What was it like 20 years ago when you were first starting out marketing on The Web? Also, how do you see It going forward?

BETH: I was in a lot of conference rooms where I was the only woman. I had some coding in my background and I learned early on, if I can speak to someone in the language they are used to in some way, I can get what I want. This was true as I explained what marketing was and they could tell me why they were building the technology the way they were. I tried to get our conversations to center on each of us learning instead of just one-sided dialogue.

I get this question often on panels in New York, and I was just lucky. I was a good interpreter. I know for sure that I didn’t get the same salaries as the ad guys and I also wasn’t very good about doing the negotiations for that. I had to learn on my own, and in my own business too.

In one instance, I had a frank discussion with the guy who hired me on a project – I asked him when it was all said and done – was this a good contract relative to how much I got paid? He said he would have paid double. He said I was billing myself as an executor rather than the person creating the strategy. I was glad I learned that even though I didn’t get paid more for that job.

What I tell young women now is add 20-25% more in negotiations. Don’t ever look at a job description and think that you can’t do it. The value of yourself is the most value you can create, and you can always leave a place that doesn’t understand that. We aren’t where we should be, and we need to keep going – moving the needle

I was working at Marketwatch when the company was bought by CBS and women in the office were asking me why I didn’t get a VP title for the new role. It was just men at the company who seemed to get that title. I didn’t think about it and didn’t ask. Later, I thought, it might have helped someone else coming up through the ranks if I had pushed for the title– we have to do it for ourselves, amongst ourselves. Younger women are doing that much more.

MIMA: You started MIMA with the idea of sharing knowledge about this nascent thing called The Web and the events kept growing. How did your participation in MIMA influence your work going forward?

BETH: In about the second year of MIMA, when I was President, we started having our meetings at the Walker Art Museum. They liked the idea of what we were doing because they were already doing some techie stuff. The meetings didn’t cost much money. We called it a salon. We would reach out to people whether they were in MIMA or not. People who had interesting things to say or presented new skills or talked about something they read like when blogs first came out. The intention was to share knowledge.

No matter who you are in this business, the trajectory of a career in marketing will require all of us to change how we do things at least every two years. Those skills don’t just pop out of nowhere. You need to go somewhere to get them or understand what’s coming. That is the part of MIMA I really appreciate – continual learning and the sharing of that knowledge.

We were learning from failure twenty years ago at these meetings and we would encourage that as an organization. The presentations didn’t have to be about successes. We would learn from each other’s trial and error.

MIMA: Now you do product marketing consulting. How did you end up working on products from your early days in the field?

BETH: In my early career I was a straight-up marketer and was known for branding. At the time I started my business, I was working on Target.com. When working with Target, there was marketing ahead of any product launch and so in my case, it was part marketing and part product work. We were launching the .com where they were planning on selling online for the first time, so it was new to everyone.

I had to morph myself at least three times in my career. I was a brander, then as the Internet became a thing, I worked in the early stages. When the .com bubble burst I went back to standard marketing. Then I found myself helping companies with Internet strategy and what they were going to do in that space.

Ultimately, I found I really love building something. While marketing is great, it can be a competitive space in New York where I live. I understood that I needed to be more nuanced with my business. So, my offer became helping large companies build their digital products. It turned out to be anything from, a dashboard or Internet of Things (IoT) or anything else in that space. I could do it in a way that improved revenue.

What’s great is because I am a marketer, as I build a new product, I also wear the other hat – naming products, helping clients pull different products together in one brand. I believe those skills make me better in the product space because I know the human side of it. I understand what the customer wants, and I don’t just bring a hard-edged product development point of view.

MIMA: What do you feel the next 20 years will bring?

BETH: It is really hard to be a CMO, for example. That job has 35 tentacles and right now you are supposed to be good at all of them. People don’t last in these positions. It used to just be branding and print. Digital marketing and traditional marketing just keeps changing. I think we’re going to have to do things like dividing the marketing leadership roles. The human creative, customer side would be CMO and the data analytics and technology side would be something else.

We all have these strengths, but they might not meet the full spectrum of needs of a truly functional digital organization. It is too much for anyone to know all the aspects for one job title. We still need to learn to alleviate the chaos of the pace of change. Just because technology shows up like AI, you still need to look at that innovation from the customer perspective as well as the technical implementation.

The future questions for good MIMA events might be around shifting digital marketing roles. How we are going to navigate the challenges with technology and integrate them into human interactions. We have had nations, governments or individuals who have used digital products for a harmful purpose. Then the issue is can we prevent that.

MIMA: What does the future hold for you?

BETH: I am so glad I was at the start of this crazy business. I know I won’t be at the end. However, I think it is really exciting where it might go in the next twenty years. I’d love to read the book. We could write one now for the first twenty!

Integrated marketing strategist, writer, storyteller and adventurer. I am a builder with skills in relationship building and telling compelling stories that drive connections.